A dapplet author can create their own adapter for any website, or they can use an existing adapter made previously by another author.

Using the launch pool to reward an adapter creator# 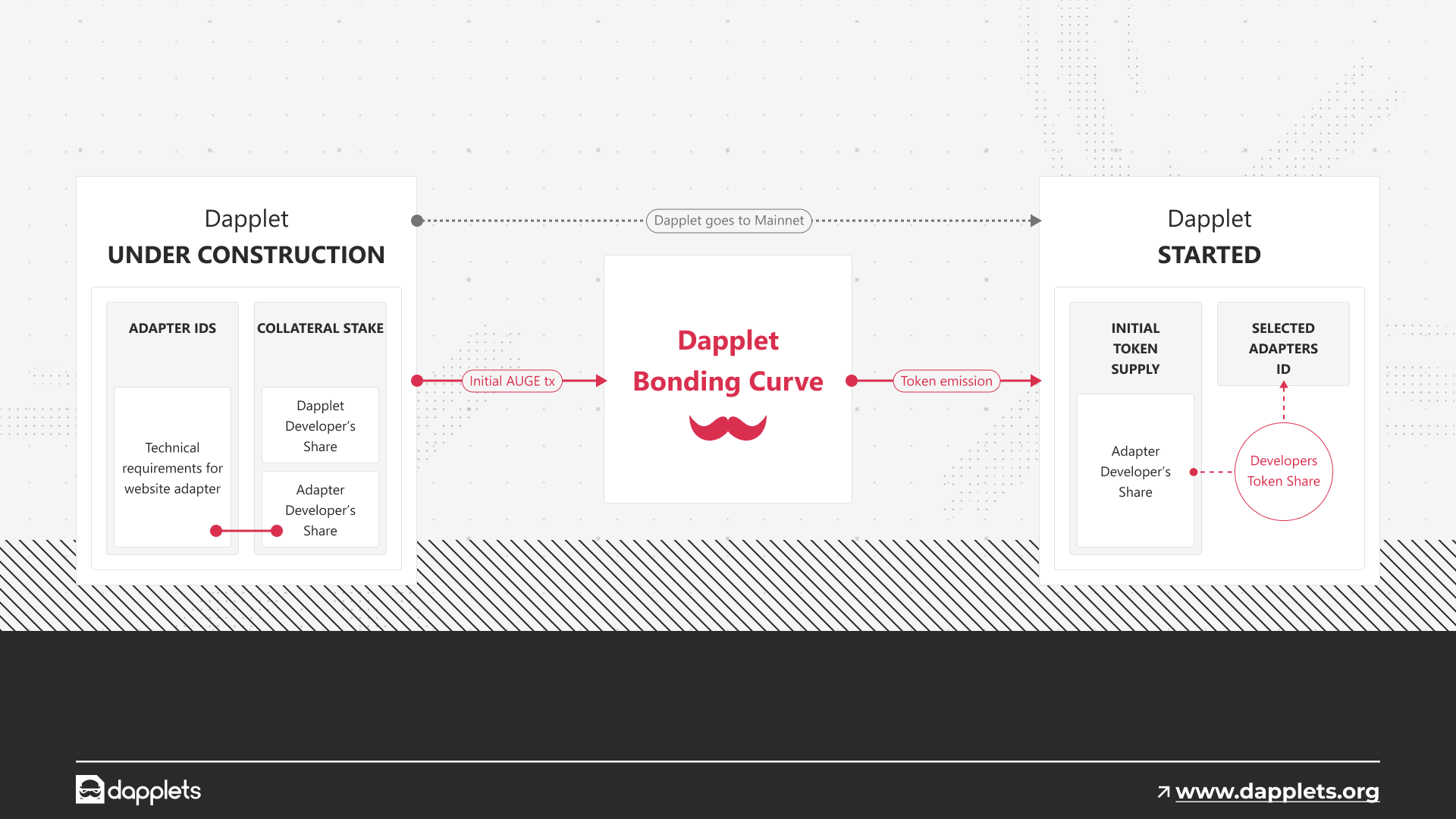 Pic: Using the Collateral Stake as the first transaction on the Bonding curve and as a reward for the adapter developer

How to receive the launch reward#

Note, there is no formal agreement between the dapplet owner and the adapter owner about the cooperation. Such agreement is unnecessary.

The adapter owner becomes the share only if a dapplet uses the adapter. A dapplet deployed without the necessary dependency can’t work. Otherwise, if it starts with the dependency, it activates the share dedicated to the owner of the adapter.